I want one and, best of all, it’s British!

I gave up driving British cars a long time ago, for a start it was hard to find any that were indeed British, and if you did they were completely and utterly useless as day to day transport, they tended to break down, a lot.

When it rained there was a very good chance they would leak, a lot. Even if you did manage to get home on a cold wintery night without freezing your fingers and limbs to the bone on the pathetic heater that blew with all the noise of a giant wind turbine, and steamed up the windows as if in a sauna (but with that one vital ingredient missing, heat). You would awake the next morning to a pile of metallic dust where once your magnificent motor stood, because at the first sign of moisture of any kind British cars rusted, and they rusted a lot.

Somewhere in the late sixties, but most noticeably in the early seventies, we started to get a little fed up with the British car industry and its products, not all the offerings were bad, but there were still many that were simply hopelessly outdated and offered very little as far as driving pleasure was concerned (Why could you still buy an Oxford Cambridge in 1970? and more to the point, why would you). Manufacturers from Europe and beyond had watched our displeasure for some time and set about turning our hearts and minds forever, and once they started there was no going back.

Although foreign vehicles from Europe and North America had been seen on our roads in small numbers for decades it was the foresight of a German Importer “Octav Bontar” who really struck the first noticeable blow for the industry as we knew it.

An importer of the then rare AUDI and N.S.U. vehicles to the UK, he secured a deal with the little known but huge “Datsun Corporation” to bring their range of affordable but above all “totally reliable” cars to these shores from the Far East.

The first Datsun 1200, or B10 as it was known, arrived here in late 1969, a handful of these cars were given to well know motoring journalists of the time as a test of their durability and build quality and within months it became obvious that here was a product the likes of which had never been seen before.

The motoring press of the time raved about them, the styling, driving pleasure and sheer reliability marked them out as a force to be reckoned with and the British public bought them in droves. By 1975 such was the popularity of these “Asian invaders” the Government of the day were forced to impose strict import quotas to stem the flood of Japanese Vehicles to our shores, but it was too little too late. With bad products, an uncompetitive workforce and legendary union disputes the British motor industry was in ruins, the rest as they say is history.

Fast forward to the present day and you would be hard pushed to find any British built and designed vehicles on today’s roads that make a statement as bold and courageous as the Datsun’s of the seventies did, we have all become so accustomed to everyday vehicles from Europe and beyond that the sight of another “New Car” wherever it hails from barely raises our eyelids.

Indeed we have become as accustomed to our neighbour buying a Peugeot or Honda or Volkswagen as seeing a footballer or Banker in their BMW, Porsche or Mercedes, you see them everywhere, be honest, when was the last time you looked, and I mean really looked at that “New Model” parked at the side of the road or cruising past you on the outside lane, can’t remember can you? But that’s all going to change this year, and when it does I defy anyone to tell me it’s not one of the most beautiful volume produced “British Built” cars they have seen for a very long while.

Today I saw up close, a “New Model” of an old British marque that literally took my breath away in the same way those Datsun’s of the early seventies must have done when those old motoring hacks first set eyes upon them.

I knew the name as well as any other; in fact I have owned practically every model at some time in my life since they first introduced it to an adoring motoring press on September 26th 1968. Described them as “The Best Car in the world” it broke the mould in luxury travel even usurping Rolls Royce for comfort and ride in its class.

But as with much of the industry of the time it lost a huge amount of money for its maker and more importantly lost its way in terms of design and technology not to mention build quality as the seventies became the eighties and beyond. Indeed it is only in the past few years that the company has once again become profitable and its products have become acceptable with regards to quality, styling, and longevity once so reminiscent of this great marque.

But with this one they are entering a new domain, it takes a lot more than just a flashy press launch, “A List” celebrities and a few leggy models to compete in this market, customers of today expect far more than they ever did when they launched that first model over forty two years ago.

But if they can capture the excitement and refinement, the sheer driving pleasure and build quality, the respect of the motoring press and the industry as a whole, but above all give the customer the service and expectations realised by “Datsun” all those years ago they are on to a winner of huge proportions. “Best car in its class in the world?” only time will tell.

Today I saw the New 2010 Jaguar XJ up close and I want one, it took my breath away, BMW, Mercedes, Audi, Lexus, move over, it’s our turn.

The British are coming. 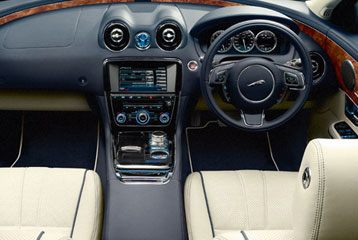 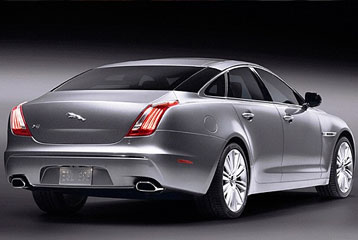 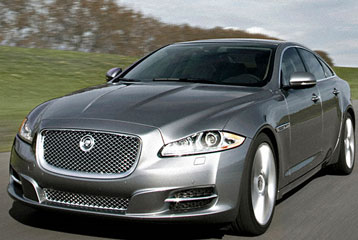 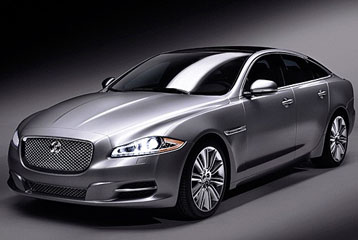 webuyanycar review – They will buy any car but beware of the asterisk
5,321 views