With the thought of shelling out over £900 showroom tax for the highest polluting new cars, anyone in the market for an off-roader could be on the verge of a very expensive trip to the showroom. MTI’s virtual sales hotline has had an influx of 4X4 inquiries over the last few months and whilst there is plenty out there to choose from, time and time again it’s been the Range Rover scribbled down on the post-it-notes. And it’s not just at MTI Motors.

My contacts in the trade have also had a healthy spate of Range Rover inquiries too. You don’t have to drive through Chelsea to see that a large proportion of cars on the road are Rangies. With badge status winning over new customers, the all-in-one Discovery – the 4X4 that seemed to have it all, has been really struggling. Not with its all-round usability, mind. Sales of the Disco have dropped dramatically in the UK over the last year as more and more RR Sports’ and conventional double-R’s are finding new homes. So much so that the next generation Range Rover due in 2013 will become full seven seaters with Land Rover pulling the plug on the Discovery.

With the recent facelifted Range Rover and Sport doing wonders for sales, forking out for a 10-plate can set you back over 50 big ones and with a few factory extra boxes ticked, extortionate road tax and ridiculous showroom duty added, you’ll be knocking on £60-grand plus. Whilst the rest of the world is on the upside of a major recession, Range Rover customers think otherwise, obviously.

With that in mind I thought I’d have a poke around for old-shape Range Rovers. Could you really own what is becoming a badge status 4X4 once again? A revival of the 80s, perhaps?

There really is a decent demand for them right now. If you’re serious then my choice would have to be the cars made in the BMW ownership era. From 2002 to 2005, BMW took full control of the Land Rover brand and developed its models using switchgear and engines from the Munich parts bin. That meant Germanic build quality and after some initial niggles, solid reliability. As much as the V8 engine would be top of the list for most of us, don’t disregard BMW’s pokey straight-six turbo diesel which also featured in the 3, 5 and 7 series.

Known for their longevity, these robust diesels can easily see past 200,000 miles. With that in mind, prices for 2002 RR’s are still very strong, easily seeing this side of £11-grand. Just enough to keep the Range Rover in the inner-circle of exclusivity. With lots for sale across the board, getting one with a low-ish mileage isn’t difficult but you’ll be looking at newer models and another two-plus-grand. Still getting one with reasonable mileage and price isn’t that difficult. Spend over twelve thousand and you’ll have an exclusive, robust and reliable off roader, even though it’ll spend 95% of its life on road.

Don’t discount a Range Rover even if it might stretch your bank balance. Just think of those buying new and you might just feel a bit better. 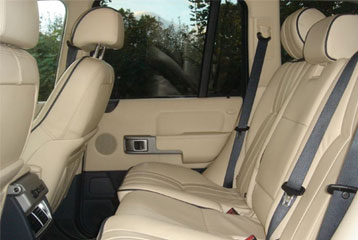 webuyanycar review – They will buy any car but beware of the asterisk
6,012 views