With the election looming on the horizon and an austere world of belt tightening and general all round pain following on just behind it, it is nice to take a peek into the world inhabited by, how can I put this, the rather more fortunate than the rest of us.

Someone who probably sits quite comfortably (in more ways than one) in that bracket is ultra-rich DJ and TV mogul Chris Evans.

Now Mr Evans is a big car lover and has a wonderful collection of cars in his, probably massive, garage. In 2008 he paid a shade over five million quid (£5,089,280 to be precise) for Hollywood actor James Coburn’s Ferrari 250 GT California Spyder, a car considered by many to be one of the most beautiful cars in the world.

We don’t know if Chris is just after some readies and so is liquidating some of his assets or is just a bit bored with having so many of the world’s greatest cars (let’s face it very rich people do get bored quite easily – just how many ocean going liners does Roman Abramovich actually need?) but word has reached us that two stunning examples of Ferrari’s work belonging to Mr Evans are up for auction on May 1st in Monaco (if you’re interested). 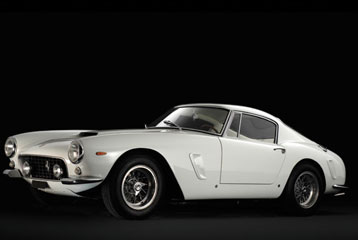 Mr Evans acquired this wonderful specimen from a Dutch collector and spent over £200,000 on a restoration job resulting in white bodywork with a light blue leather interior, a combination that has, according to the brochure, apparently been executed on five (yes five) of his other “high end” Ferraris. 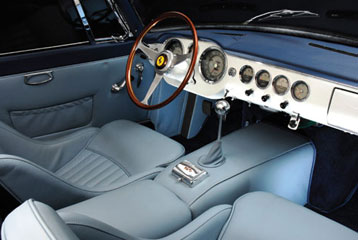 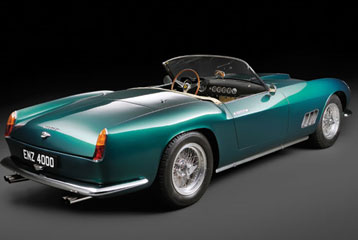 According to the auction guide Mr Evans has “reunited” the car with its original engine and an “RM specialist” who recently drove the car confirmed its “tremendous power as it pulled through the gears like a rocket ship” I’ll bet.

With the news today that Bank of England governor Merv “the swerve” King has warned that public anger over the cuts imposed by the next government will be so severe that whoever wins the next election will be out of power for a generation (gulp) we are no doubt in for some very tough times. So with that to look forward to it’s nice to have people like Chris Evans and his wonderful car collection to take our mind off things.

Love him or hate him he certainly has good taste in cars and, who knows, the government may be able to ask for a loan when he sells them.

A creative and hardworking professional focused on growing in the field of new media. Enjoying the convergence of my background in IT and the vibrant automotive industry and committed to engaging visitors and growing the Motor Trade Insider brand with unique content and fresh ideas.

webuyanycar review – They will buy any car but beware of the asterisk
5,038 views