Lada attempts a comeback just at the right time

So it’s official, we now have a hung parliament and are set for a period of horse trading before some stability returns (if we ever had it to start with). A double dip recession may very well be lurking around the corner and times of austerity are without doubt on the cards for all of us, whoever seizes the reins of power.

When it comes to car retailing, as we have frequently pointed out, buyers will look for a recession busting car which, whilst it might not be the coolest on the block, will get them to where they want to go and, of course, economically.

The Chinese, Korean and latterly Indian car manufacturers are all vying for a slice of the ‘ecocheap’ market and undoubtedly if you’re able to get a brand new car on the road for less than £5k it must be worthwhile considering. After all it’s not like in the old days where driving one of these cars meant eternal ridicule.

It’s not like driving a Lada is it? Oh but of course like Arnie in the Terminator the Lada is back as the brand is to re-launch in the United Kingdom.

The Soviet era budget car which used to be constructed in The UK was once a common site (on hard shoulders) in the UK, before the brand was withdrawn because it no longer complied with basic safety and environmental requirements.

It certainly wasn’t nice to look at and had a bleak and austere interior but extremely competitive pricing meant it was a popular choice with the budget conscious buyer, and it is this same ethos that the manufacturer hopes to tap into once more as the UK enters an new era of austerity. 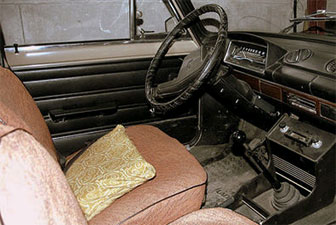 Renault now retains a 25% stake in the Lada manufacturer, AvtoVAZ, and (luckily) the new model will have little in common with its predecessors offering a brand new design and better safety specifications and with a price of around £4,500 Renault is confident it will once again be popular.

“The UK was one of the few markets outside the Soviet Union where Lada was a success. I’m confident this is the right time to bring it back.” said a spokesperson

Skoda, the Czech car-brand, is living proof that it’s possible to bring brands back from the brink and rise above the ridicule. Now owned by VW it too used to be the butt of jokes but is now known for its rigid reliability. 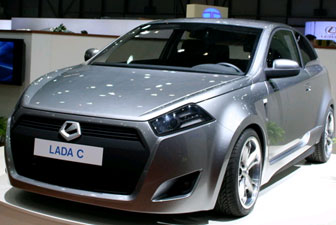 If Lada can get this one right and overcome the stigma I’ll drive one for a week.

A creative and hardworking professional focused on growing in the field of new media. Enjoying the convergence of my background in IT and the vibrant automotive industry and committed to engaging visitors and growing the Motor Trade Insider brand with unique content and fresh ideas.

webuyanycar review – They will buy any car but beware of the asterisk
5,977 views