More “budget cars” are on their way tho the UK. Romanian manufacturer Dacia, which is owned by Renault, has officially confirmed that it will finally compete in the UK with the new Duster (what a truly awful name) SUV which will be available from 2012 onwards.

Although the organization is still to disclose the actual date on which the Duster is going to be on the market in the UK or its pricing information, the company has already launched a internet site where interested potential buyers in UK will be able to sign-up to receive updates.

The Duster will happen to be the least expensive SUV on the market. Its top of the range model sells for 16,630 Euros in Europe which is approximately the cost of the majority of entry level models (or poverty models as they are known in the trade) from rivals. Engine options for the Duster include a petrol engine rated at 1.6 16V 110hp and 2 diesel engines – the dCi 85 and dCi 110.

These engines can supply between 85 and 110hp, which, let’s face it are by no means impressive figures. On the other hand, these may be encouraging if the vehicle’s weight is actually taken into consideration, which has been decreased to 1,160kg for the 4×2 version and 1,250kg for the 4×4 version. All this makes the engines more likely to be up to the task as there won’t be so much weight to pull. 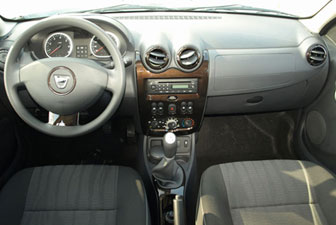 With LADA coming back to the market the budget car may soon be king and although I probably wouldn’t be seen dead driving any car called a “Duster” there are probably plenty of people who couldn’t care less about names, makes and models and just want a cheap SUV, so who knows?

webuyanycar review – They will buy any car but beware of the asterisk
6,044 views