Seat over the moon, Honda sick as a parrot

Our Car Maker’s Premier League has been going for over a year now and never fails to throw up some interesting statistics. We insiders operate within different aspects of the trade and have a certain amount of expertise and experience in our particular fields, but what always baffles us is when you see figures like those produced by Seat in this month’s table. They have seemingly come from nowhere and taken their year on year figure to a new level.

We are aware that there is a new man at the helm who clearly has ambitions for the VW owned sporty brand and one of these ambitions is obviously trying to gain a bigger share of the new car market. Scrappage has no doubt played a big part and in April Seat registered 593 through the scheme but even without it they still managed a 42% increase on last year and would have meant they would have taken 9th spot from BMW in April’s Car Makers Premier League. So it looks like he may be succeeding.

It certainly looks as if Seat is really starting to get their act together with the look, the model line up and the price. It is no longer just trying to attract younger fans with their buyers now coming from right across the demographics to buy into the Spanish brand.

When scrappage has completely washed out of the figures and we see a real picture of the new car markets health making comparisons between pre and post scrappage but also taking into consideration the underlying factors of the downturn will tell us who really is performing well despite the turbulent economy.

There are certain brands like BMW, Audi and Land Rover for example who have, relatively speaking, barely been touched by scrappage (see Scrappage Top 20 below) so they are unlikely to be quite so affected by its demise, but BMW for example is still a whopping 39% up year on year compared to last April, whereas the likes of Ford and Vauxhall are a hefty 7610 units behind last year, indicating that scrappage has been a major part of their success, if we can call it that.

How though do we explain the fall and fall of Honda? 1,600 units down and seemingly in freefall if you listen to the grapevine, however they need only to look at Renault for inspiration, a true Portsmouth in every sense last year but who have now transformed themselves into Spurs and are having a crack at Europe once again.
Could we now be witnessing the early signs of budget brand dominance? By now everyone agrees that the next few years are going to be tough for pretty much everyone (relax Roman, this probably doesn’t apply to you).

So will Hyundai, Kia, Renault, Seat, Skoda and the like continue to make advances in the year ahead? And as we reported a few days ago the previously much ridiculed Lada brand is about to make a comeback, will they become the newly appointed budget car kings within a short space of time? 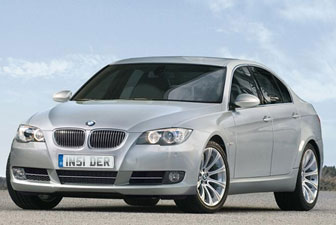 Who knows? But all that said I’d want a technologically market leading BMW 5 series for myself but then I have always preferred Barcelona to Spurs.

May 11, 2010In51der
Rate of car sales in China "slows"Toyota return to profit in spite of recall worries

webuyanycar review – They will buy any car but beware of the asterisk
6,129 views